A Brief History of the Venice Carnival

by Darya Boronilo
Every year, thousands of travelers flock to Venice to participate in carnival festivities, which traditionally occur in February. The Venice Carnival is one of the world’s most famous and ancient festivals of masks and reincarnations. You probably already have a general idea about it, but do you know the real philosophy behind these celebrations? And what’s the history behind this mysterious tradition? Let’s find out together! Roman Equality for All

To understand how the Carnival came to be, first, let’s take a trip back to ancient Rome! Ancient Romans invented the first Masquerade costumes. In the days of worshiping the fertility god Saturn, high-ranking Roman authorities organized large-scale festivities attended by the elite and poor residents. They believed that equalizing the rights of the poor with the rich on such days was necessary. And to avoid embarrassing their workers and remain anonymous, masters invented carnival costumes.
Thanks to hand-painted robes and masks that covered the face, the inhabitants of ancient Rome could sit at the same table without distinguishing the rich man from the beggar. But most importantly, Carnival costumes allowed high society to behave freely of the strict norms. It was otherwise impossible in ordinary life those days. Masking was Different Then

Since the carnival took place in Venice, the mask idea of the Romans has firmly entered the everyday life of the locals. Venice today isn’t a large city; in ancient times, its residents knew one another by face. The mask served as protection against prying eyes and possible gossip. After all, at that time, many people would wonder why someone came home so late and where that person spent the night. The mask perfectly did its job, hiding the face and equating the poor with the rich, the famous with the unknown. Even today, wearing a mask gives a sense of freedom and mysticism. So imagine how necessary it was in the past when laws and social rules were very strict.
But surprisingly, masks soon became so popular that chaos and confusion gradually began to reign in the city. Hiding under an anonymous identity, it was possible to commit illegal acts and various crimes easily. When the city authorities and church representatives realized that further encouragement of masquerade would not lead to good, they issued a law. The new decree provided for punishment for wearing masks outside carnival events. Take a look at ancient engravings and reproductions depicting participants in carnival processions. You’ll notice that the most popular type of mask was a wide, narrow-nosed, and elongated half-mask of white color, which completely hid the face. Such a mask was called Bauta. It gained popularity not only in the days of the carnival but also in everyday life when wearing masks by citizens was not yet prohibited. Given that a wide-brimmed hat often complemented a Bauta mask and for women – a transparent cape that went down to the shoulders, it was almost impossible to recognize its owner.
Another interesting fact is the narrow configuration of the nose on the Bauta mask. Thanks to such an ingenious move, the wings of the owner’s nose were squeezed. This used to give his voice a special distorted timbre, which increased the mystery and inability to recognize the person. Nowadays, you can still buy masks of this shape in Venice and try their effect on your voice tone. At the end of the XVIII century, the Venetian festivities were canceled by the decree of Napoleon. Being an ardent opponent of carnivals and public games, he outlawed them when Venice was under his influence. This was a real tragedy for the city because the holiday had already become a national event for many centuries. The Venetians forgot about the carnivals for almost a century and a half. But with the development of the Italian tourist business, the idea to revive the nationally beloved holiday arose.
Venetian sights were very much in demand in the summer. However, in the cold season, the city’s entertainment venues, cafes, and restaurants suffered losses. In addition to gondolas and unique buildings, the city had to come up with another idea to attract more tourists in winter. And the authorities came up with a brilliant idea – to revive the carnival! Since then, tourists have headed to Venice every year for an opportunity to participate in masquerade events that last ten days. It´s Your Time to Celebrate

Nowadays, during the Venetian carnival, there are many colorful events held on the city’s squares and streets, as well as exciting balls and evenings in palaces! If you love traveling with your family, this might be one of your most exciting trips! Immerse yourself in the atmosphere of the Carnival and get dressed in a mask and costume, perhaps in a wig or armed with a sword. Head to one of the narrow streets with your square-toed shoes gliding across the cobble-stoned road. Sauntering, or perhaps even taking a gondola ride along picturesque corners of Venice, you arrive at the entrance of the ancient Palazzo, where the Masquerade ball takes place. As you enter the door in your chic costume, elaborated by famous designers, you are greeted by cheers from the crowd. You take a glass of Champagne and plunge into the luxury of the old days. You are excited to watch the ball’s opening with impressive performances of jugglers, fire eaters, and dance groups. Then, the live music invites the masquerade characters with their high wigs and colorful costumes to the dance floor. And one of the most unique parties in the world begins. What character are you? Perhaps a swashbuckling pirate or a vanguard that fled his post? You decide it’s your night as you watch the fireworks over the Venetian Lagoon from the Palazzo’s terrace with some strangers that will be lifelong friends by the end of the night. You will have to wait until tomorrow to reveal their faces, though. Who was this gallant gentleman in an elegant black suit and a mask with feathers dancing with you? Maybe the barista that served you cappuccino this morning? What an exciting night to be anyone you want! Modern Grandeur of the Carnival

Boundless fun and fantasy, non-stop music, luxurious costumes and masks, masks, masks… All this is the Venetian carnival. Venice, with its magnificent squares and cozy narrow streets, picturesque canals, and arch bridges, turns into one huge stage where one of the world’s most spectacular and dazzling masquerade balls takes place. The carnival ends with a parade of costumes, luxurious fireworks, and a pagan ritual – burning a straw scarecrow. The ritual symbolizes the renewal of nature and is a kind of farewell to winter. The event, second only to the carnival in Rio de Janeiro in its grandeur and scope, lasts ten days. So, don’t forget to mark it in your calendar and schedule your trip in advance. Give yourself some special time, and immerse in lush celebrations just as the true Venetians have been doing for centuries.
Imagine for a moment, you dress in a masquerade costume, mix with the crowd, try delicious fritole (donuts) and galani (crunchy ribbons), and stock up on confetti. We are starting to prepare you for participation in the Venice Carnival! And we will make sure you will see it most authentically, living unique non-touristy experiences that help you see the festive Venice from another perspective!

When you think of traveling to Italy, what comes to mind? The Colosseum, the Leaning Tower of Pisa, the canals of Venice, one of the many Unesco World Heritage sites?

While these are all iconic tourist destinations, they only scratch the surface of what this wonderful country offers. To truly experience Italy like a local, you must go off the beaten path and explore its lesser-known regions.

That’s where we come in; we know it’s hard to find a travel partner that doesn’t just feel like another retail experience. You want authentic travel experiences!

See Italy is one of Italy’s premium travel luxury brands that specializes in providing an authentic Italian experience. We work with local guides and tour operators who know the country inside out. They can show you hidden gems that most tourists never get to see.

So if you want to travel to Italy like a savvy insider, join our newsletter, or follow us on social media. You’ll receive top tips from our travel experts. Like this one, when you work with us to travel to Venice!

4 Non-Touristy Things to do in Venice, Italy 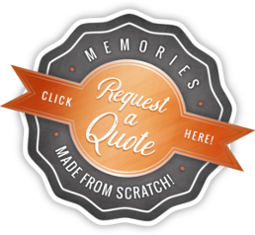